I have no idea what I’m doing, which is my favourite place to start all new adventures. [more]

I first sailed when I was a kid.

It was mostly on small, two-person boats in a lake at my summer camp “Arowhon” located about three hours north of Toronto, in Algonquin Park. Of all the camp activities, sailing was my favourite, with the exception of killing frogs and putting them in the girls toilets…an activity which I regret deeply, the killing part, that is! 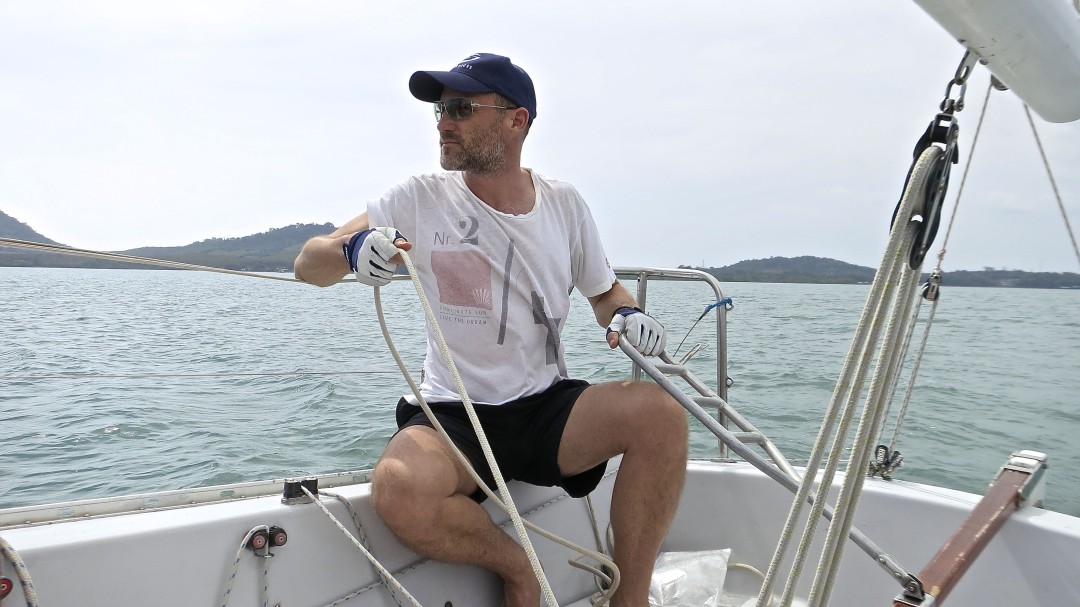 After camp I grew up and never sailed again.

Instead, I moved to China when I was 23, learned Chinese and never came home. I spent the next 18 years in Beijing building and running my production company ”Teneighty Productions” producing for clients such as: Apple, Disney and Marvel, and working with artists like Edward Burtynsky, and with independent filmmakers such as legendary director Ron Fricke and producer Mark Magidson of Baraka and Samsara fame.

The work was fulfilling, but after 18 years of breathing bad air and running around like a street-dog in China’s breakneck 12%-annual-GDP-turbo-growth-treadmill economy, I needed to find a counterbalance to my life.

That’s when I started looking to the sea.

Land just seemed too damn noisy and messy. I needed to find a slice of the planet with fewer humans. The ocean, it turns out, occupies 70% of the earth’s surface, but most people don’t know how to live on the water. This seemed like a promising lead to forming an escape plan. So, at the age of 41, I bought a new 43-foot-sailboat a Grand Soleil and named her Esodo, meaning Exodus in Italian. And that is what she was, my Exodus.

I bought Esodo in 2012. At that time I had no idea how to sail a 43-foot boat. Whatever I’d learned when I was 10 years old at camp had long fallen into the mental abyss. What I needed was some precious knowledge. So, while the Italians were building the boat, a six-month process, I went to Thailand and took a 12-day course, and earned some basic confidence and an American Sailing Association certificate.

When I launched Esodo in May of 2013, I nearly had a nervous breakdown; she was so much larger than I remembered, and I felt completely intimidated, but I preserved and after a few seasons I was comfortably soloing Esodo around the Mediterranean like a seasoned sailor -at least to the onlookers – in truth I was winging it!

Esodo and I sailed the Mediterranean Sea for six amazing seasons and over 10,000 nautical miles together. We welcomed over 100 friends and family and created unforgettable experiences with them. Those years strengthened friendships and community and honed my sailing skills. 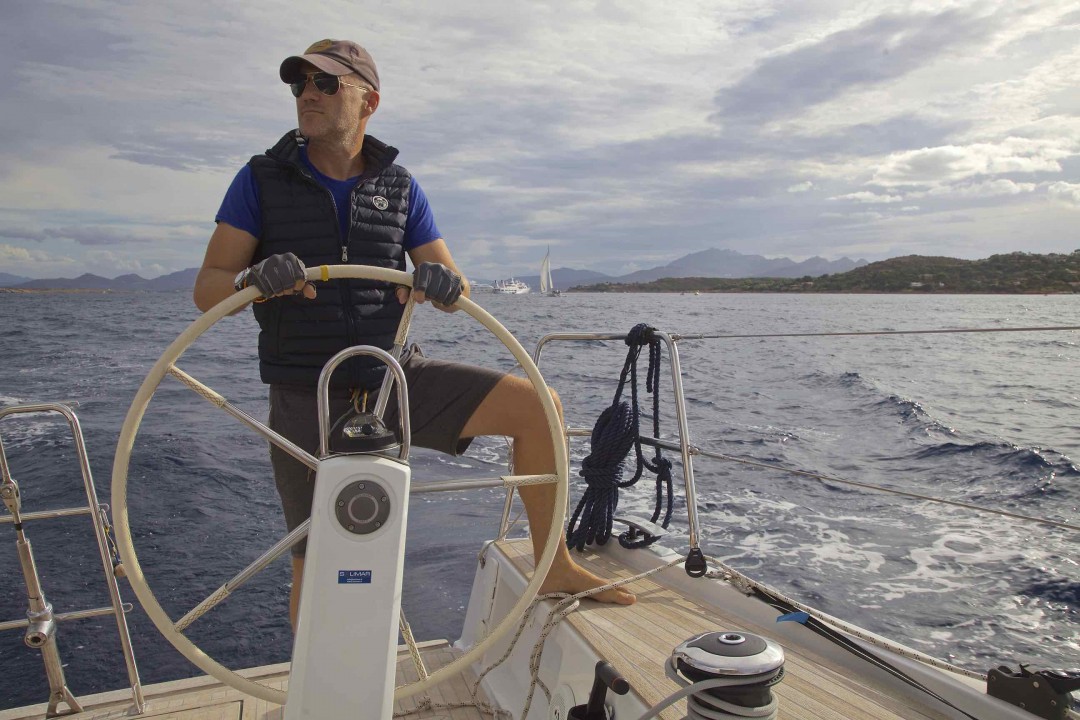 But it was time to move on. I became increasingly bitter towards Grand Soleil (the boatyard) and the boat itself. Like many boat brands they are no longer the passion-driven, handcrafted objects of pride they used to be. The yachting industry like many other industries is cutting corners and quality in what I call “the great race to the bottom”. Once called the Italian Swan, Grand Soleil no longer deserves such an honour. The boat ended up being a huge disappointment, both in terms of the quality and the service. I needed to move on and find a boat that I could rely on and one that was made by proud people doing quality work. So, in the spring of 2018 I sold Esodo. I did this dispassionately, unsentimentally and with a great sense of relief. I was on a new course, one that would lead me to Uncle Moe.

Uncle Moe is a Hallberg-Rassy 55. She is made in Sweeden by a family-owned and run boatyard. The HR brand has a deservedly good reputation for quality, seaworthiness and comfort.

She is named after my Great Uncle, Morris Weinzweig. Uncle Moe was one of Canada’s most accomplished saxophone players and equally mentionable, he was a Groucho Marx’s lookalike, often seen on both American and Canadian television shows working his Groucho charms. Moe lived life to the fullest; he stayed up all night playing jazz lounges across Canada and the Untied States, always a smile on his face and always bringing smiles to other people’s faces. His spirit is the spirit of  SY Uncle Moe.

I bought Uncle Moe  (formerly called Tao 4) in the fall of 2018 second hand but only 3 seasons old and in mint-condition and fully outfitted. Her original owner, a supreme gentleman named Helmut Heine, was upgrading to the new HR57 and I just happened to swoop in at the right time and picked her up for a sweetheart of a deal. I am eternally grateful to own such a boat and grateful to Helmut Heine and Anette for their kindness and generosity.

This blog follows my continued journey into sailing, community, adventure and misadventure. The blog is here to entertain, chronicle, educate and inspire.