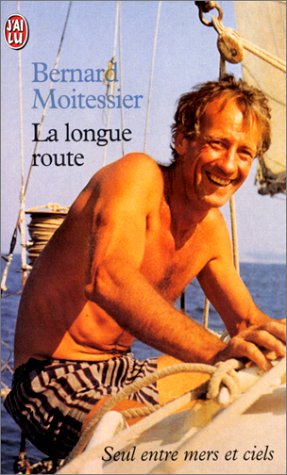 My personal sailing hero. He lived for nothing but the sea. Great read.

Bernard Moitessier (10 April 1925 – 16 June 1994) was a renowned French yachtsman and author of books about his voyages and sailing.

In 1968 Moitessier participated in the Sunday Times Golden Globe Race, which would reward the first sailor as well as the fastest sailor to circumnavigate the Earth solo, non-stop. Although Moitessier stood a very good chance of winning, he abandoned his effort seven months into the race, and continued on to Tahiti rather than returning to England.