Not only is this a great story but it is one of the most well crafted docos I’ve EVER seen.

Co-directors Louise Osmond and Jerry Rothwell’s historical documentary Deep Water chronicles one of the most infamous nautical tragedies of the past several decades. In autumn 1968, Britisher Donald Crowhurst, the proprietor of a down-and-out manufacturing business for marine electrical components, avowed to enter the first Golden Globe sailing competition — a nonstop, one-man circumnavigational race against eight other competitors. In financing the boat via a deal with English entrepreneur Stanley Best, Crowhurst used his house as collateral. Relinquishing the voyage, or failing to complete it, would thus have instantly rendered Crowhurst homeless and driven his family into Chapter 11. But the voyage was doomed from the start: Crowhurst failed to finish building the craft prior to his October 31st departure, but set sail just the same, and thus sealed his own grim fate. Indeed, two weeks after Crowhurst sailed out of Devon, the boat began to leak substantially; recognizing that a trip into the Southern Ocean could spell disaster, a desperate Crowhurst radioed home with indications of phony distances and falsified his logbook; he then made an illegal pit stop in Argentina to repair the boat, and joined up with the rest of the competitors on the opposite side of Cape Horn, in the Atlantic. When Robin Knox-Johnston won the overall competition, Crowhurst and Nigel Tetley went head-to-head to win 5,000 pounds for the fastest voyage; Crowhurst recognized that a victory would yield scrutiny of his logbooks and unveil his deceptions to the world; he thus intended to preserve his reputation by coming in second. He didn’t count, however, on Tetley’s boat capsizing — which led to Crowhurst’s own victory. Foreseeing disaster, Crowhurst decided to end his life by drowning himself. In telling Crowhurst’s sad story, Osmond and Rothwell intercut narration from Crowhurst’s journals, archival film, and interviews with the sailor’s family, friends, and colleagues. What emerges is a portrait of a man sinking rapidly into a pit of despair as he comes face to face with his own darkest nightmares of personal failure 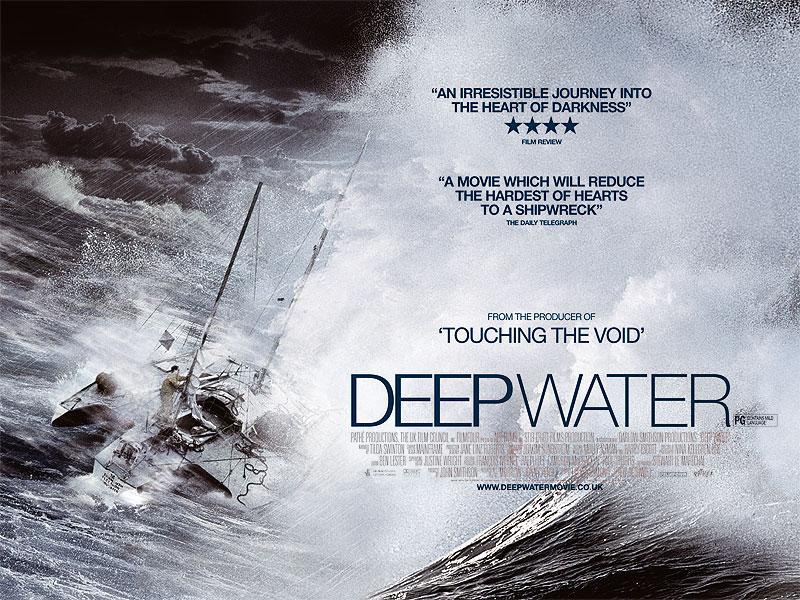