Peter Loehr is a man who wears no gloves – strictly a gloves off approach to life. His younger brother Gerald is bi-glove, wearing only one glove at a time, whereas Gerry senior, the patriarch of the Loehr clan, like myself, is a consummate gloves-on man. 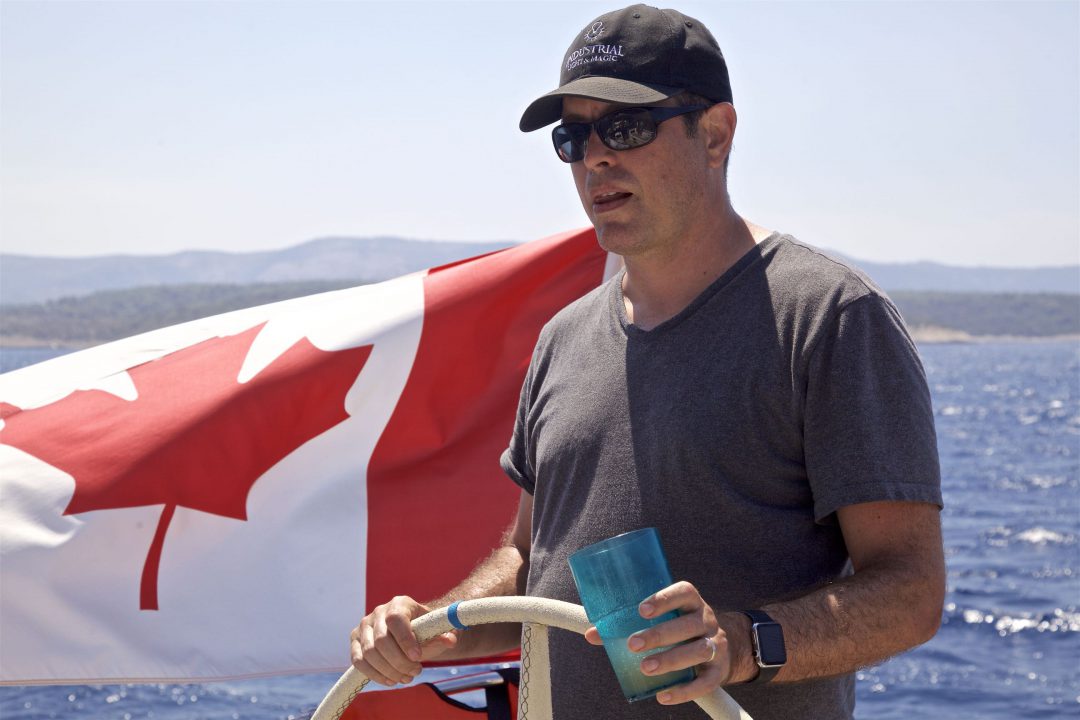 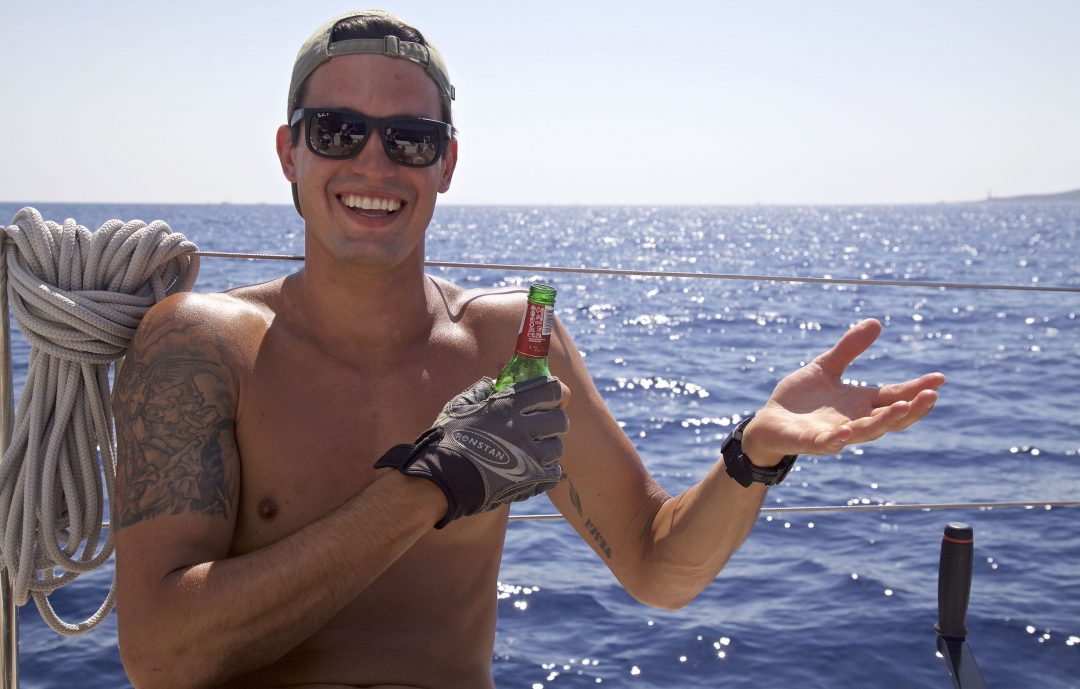 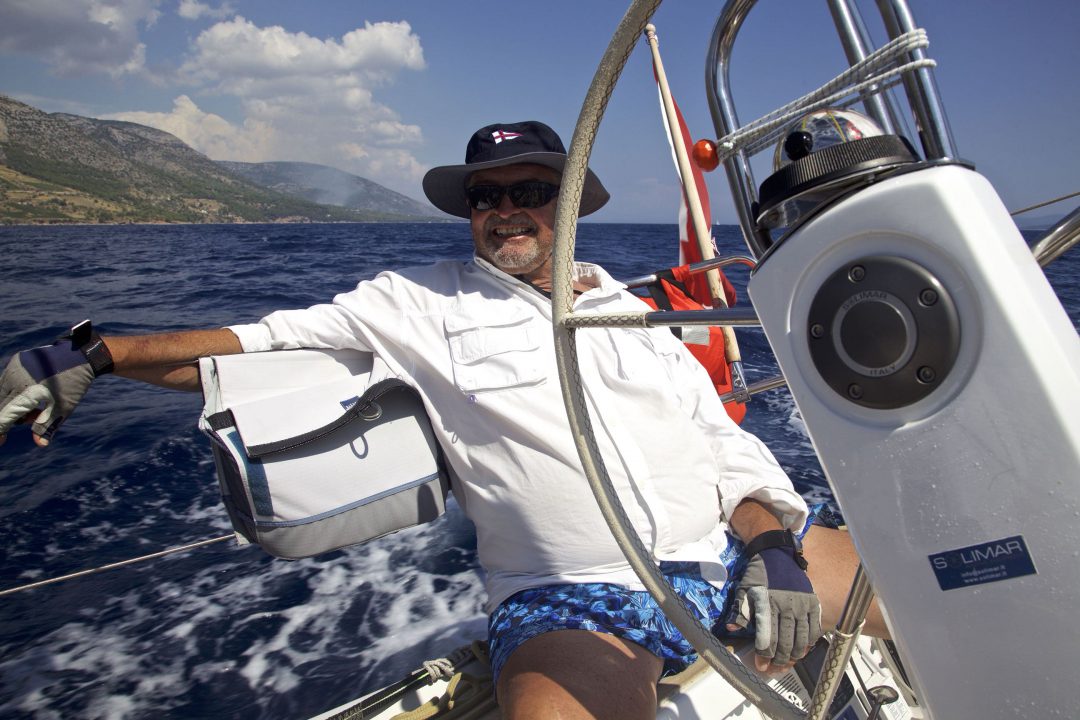 To say there wasnt’t some division between the gloves-haves, the glove-nots, and gloves-halves would be a lie, but despite these “handicaps” and difference in lifestyle choices, the Loehr family was very much a hands-on group of guests during their week-long stay on Esodo. 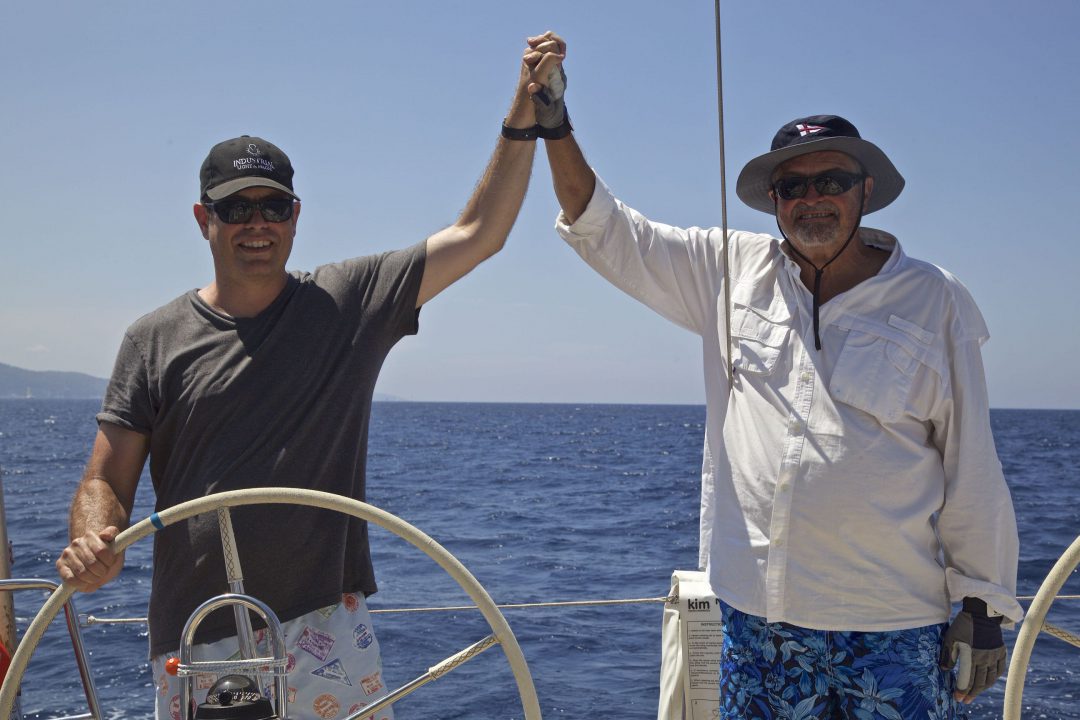 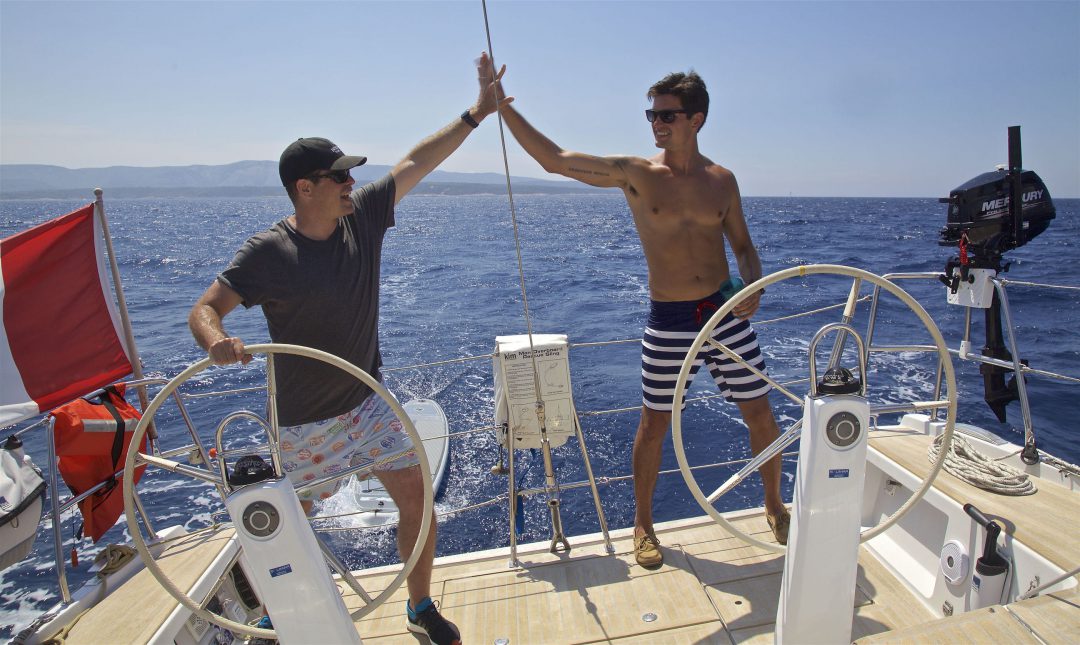 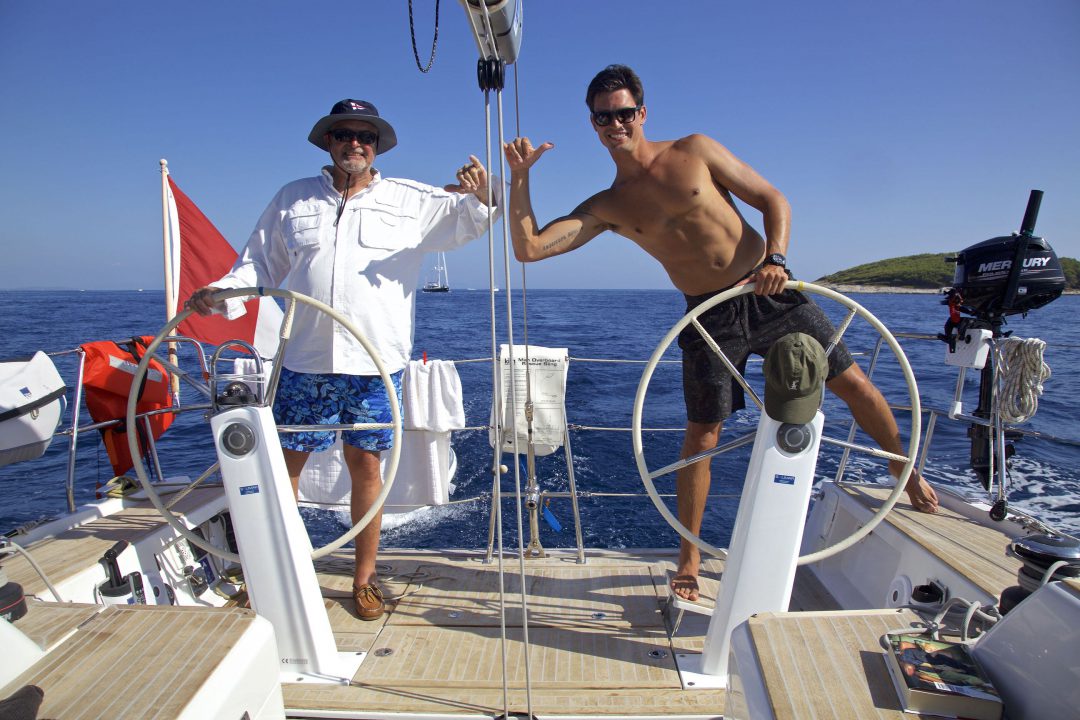 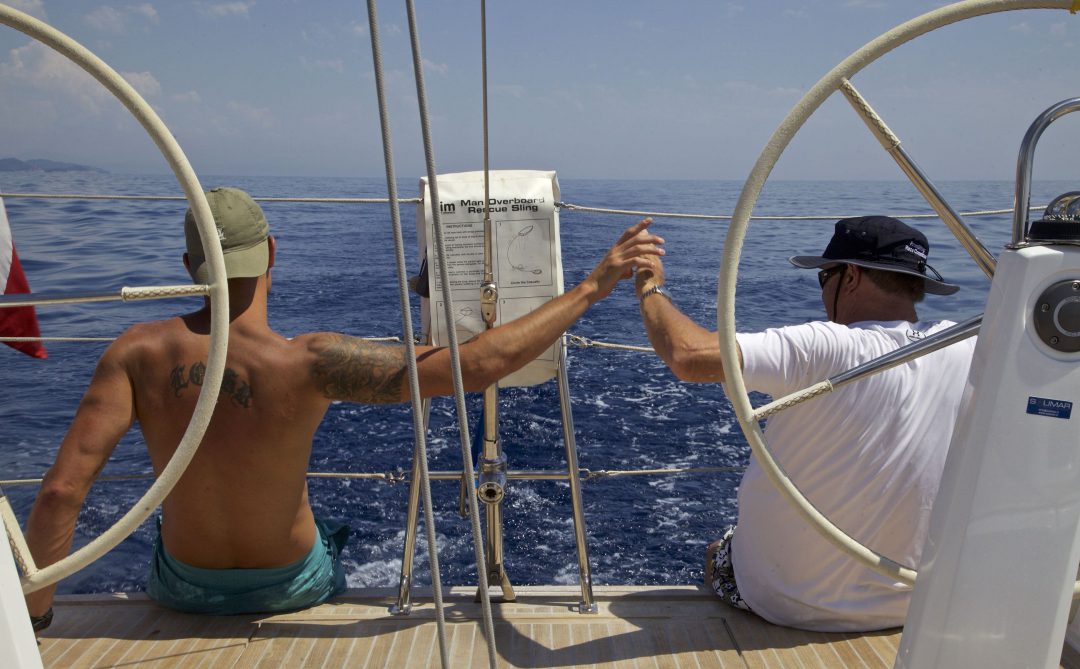 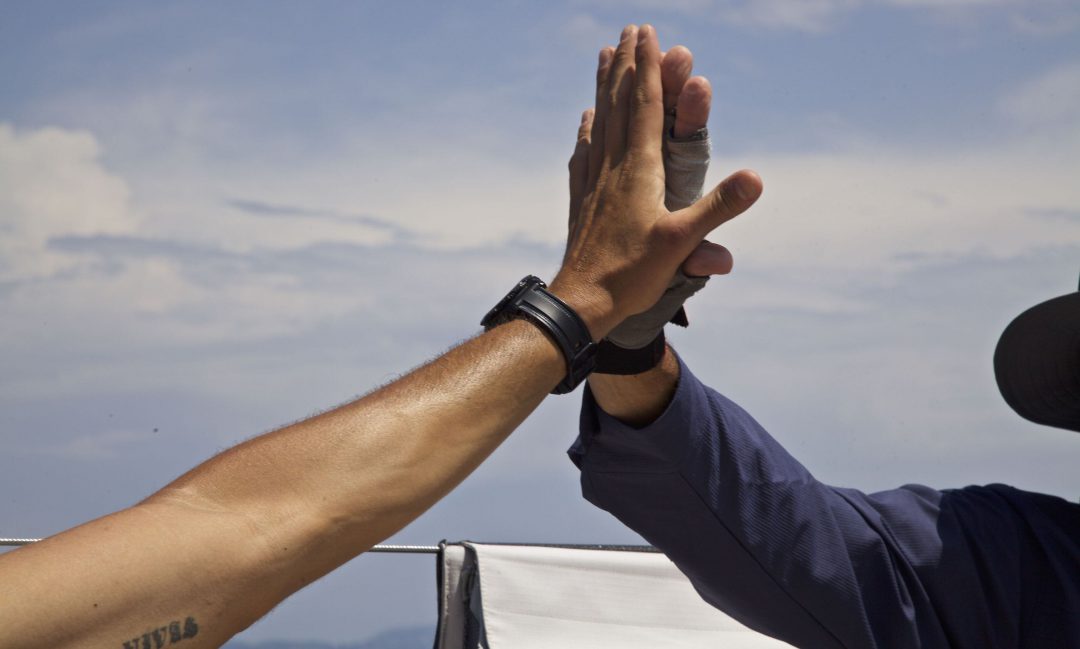 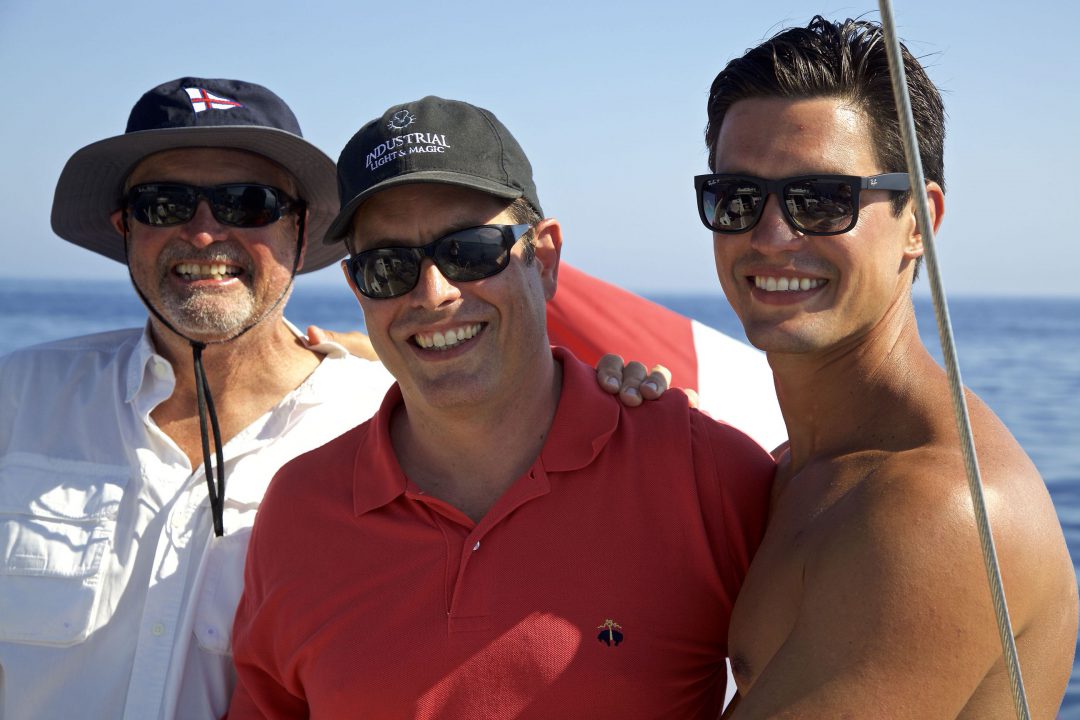 I’ve known Peter for around 11 years; we met on the set of “Mission Impossible 3” in 2005, where Peter was the service producer and I was a nervous C-camera operator working under the mastery of Director JJ.Abrams and DP Dan Mindel.

Last year Peter and I met up at a friend’s wedding in Bangkok where we rekindled our friendship and discovered our mutual passion for sailing. It was there we hatched the plan to sail on Esodo, with the Loehr clan .

One of the things I love about the boat and I’ve said it before, is the amazing opportunity to create deep friendships and make new ones. It’s also a chance to reshuffle habits and find new norms for one’s life.

I won’t go into the norms of my life before the Loehr clan boarded, but since the Loehr family left Esodo there have been two major changes:

– I now have an 11 am start-to-drink policy, which is non-negotiable (unless one wants a drink before 11  am).

–  Esodo now recognizes that ice for drinks is more important than wind for sails, but both are preferred.

A great week with Peter, Gerald and Gerry. See you in Greece next year gents!