I’m not saying Tom Waller is a horrible human being. There have been so many worse than him throughout history, and hey, we all have our faults. I really don’t mean to nitpick here, but it’s hard to “wash over” this one.

TOM WALLER CAN’T DO DISHES. There, I said it! If there was a Hague for dish washing (and maybe it’s Esodo) Tom Waller would be it’s greatest criminal. Crimes against grime? Dish-a-cide? Don’t get me started.

I shan’t exaggerate by connecting him to the ranks of the world’s most evil, nor would I suggest giving him names fitting to his own style of atrocity, such as:  Tom Il Sink, Tom Pot, Grime-his Khan,  Saddam Hu-Stain or Tom Bin Ladle. No, I won’t go there!

The below image is an accurate and to-scale reenactment of the crime – a body-bomb of guts and blood neglected on the outside of a sauce pot which was then put away as if all was well in the Middle East. Now you all know truth….this is 9/11 x 100 in the dish washing community.

You’d think Tom’s army of female mixed-race film production bombshells would have whipped him into shape – the job’s not done ladies! 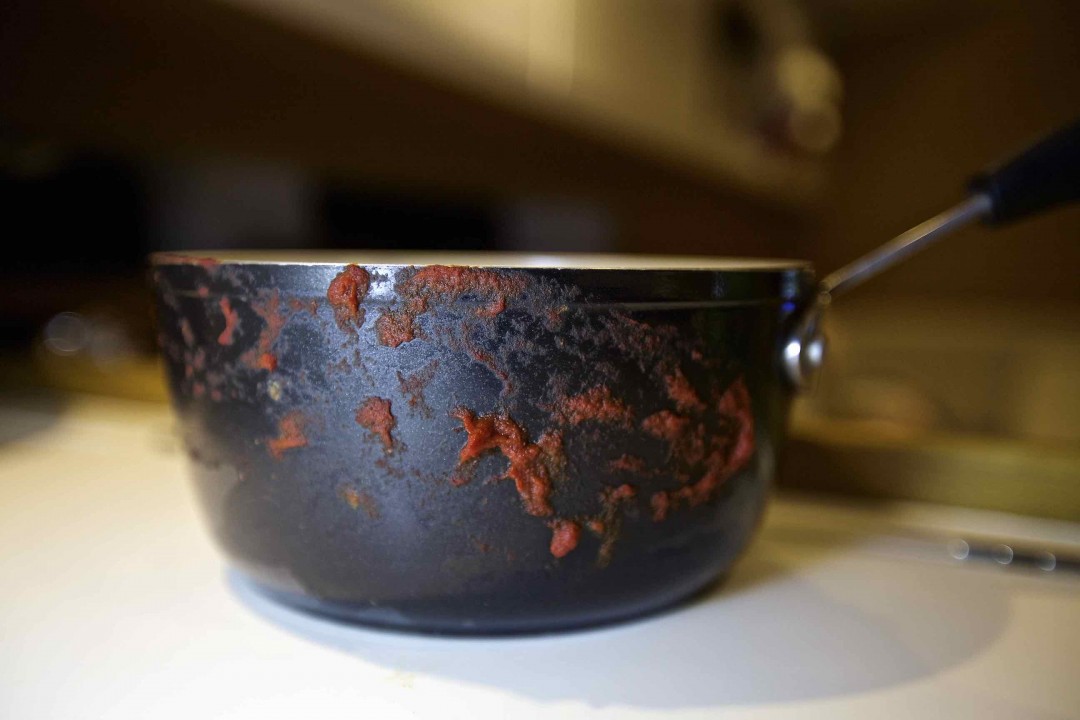 Now, on to more pleasant things.

It was fantastic to have a real sailor onboard. This was Tom’s 2nd stay on Esodo and for me it’s great not to have to be an “all-day Captian”. Tom, having sailed his whole life knows his way around a boat and captained Esodo beautifully while I trimmed sails and cooked meals like a little cabin bitch.

We had an exciting GO FOR IT moment when we decided – in situ-  to sail 35-40 hours to Sardinia, however the trip was short-lived when we found ourselves moving 1.3kn, 3 hours after we started. I think a Bangkok prostitute walks faster than that at the end of a long working night.  (I solo-ed the trip two days later)

Despite the disappointment we had a blast and got a few great bouts of nice wind as we sailed around the Egadi Islands and explored Marettimo for the first time. At one point we flew the North Sail Code One without the main and got almost 6kn of boat speed on that one sail alone. Was a beautiful thing!

Despite the lack of physically present women, it was a great boys trip. We were however meant to be three, but our dear Friend Peter Fudakowski (my sailing protégé) was stricken by a mangy leg infection from another boat trip and had to cancel last minute. I’m sure the washing up on that boat should be under investigation.

Looking forward to next season when Tom Bin Ladle, Peter Leg-a-gout-ski and I make an epic crossing together – maybe North Africa….although at this rate, Southern Italy and Greece will be North Africa soon.

Tom gets a 9.2 on the guest rating. High considering his crimes, but well earned in sailing merit.